Back in 1977, Jöbsis’ original intention was to measure tissue metabolism through the spectroscopic measurement of cytochrome-c-oxidase (CCO). CCO is the terminal electron acceptor responsible for catalyzing oxygen to produce ATP (over 95%) in the biochemical chain of the aerobic metabolism of glucose. In other words, CCO is an excellent biomarker of intracellular energy metabolism. Alas, detection of CCO is more challenging than for other molecules; its concentration is lower than 10% in hemoglobin and it has a broad spectral signature in the NIR range.

Today, the long term goal of monitoring tissue metabolism remains as real as when Jöbsis originally envisioned it. Progress towards realizing this metabolic monitor has been steady over the years, and recently, a team led by Ilias Tachtsidis at University College London (UCL) made a leap by introducing CYRIL (CYtochrome-c-oxidase Research Instrument and appLication).
CYRIL is a multidistance broadband fNIRS system developed for use on neonates. Broadband NIR illumination (more than 100 NIR wavelengths) and sensing is used to obtain a more robust CCO signal than would be possible with three or four narrowband lasers at specific wavelengths. CYRIL can simultaneously measure tissue oxygenation and oxygen utilization, the latter done via measurement of the oxidation state of cytochrome-c-oxidase (CCO). A full description of the system can be found in Gemma Bale et al (Biomedical Optics Express, 2014, 5(10):3450-3466).

CYRIL addresses demand for a portable bedside sensor for neonatal intensive care units. CYRIL has already shown its worthiness by monitoring neonates with hypoxic ischemic encephalopathy (HIE) at University College London Hospitals Trust (see recent review by Bale G. et al 2016). The MetaboLight team has demonstrated that for infants with HIE (i) the relationship of brain oxygenation and oxCCO during spontaneous desaturation events can be indicative of the severity of brain injury (Bale, Biomedical Optics Express 2014); (ii) for severe HIE, the association between brain tissue oxCCO and systemic physiology fluctuations is highly correlated (Bale, Adavances in Experimental Medicine and Biology 2016); and (iii) the relationship between brain oxygenation and oxCCO during rewarming after therapeutic hypothermia is dependent on the severity of the HIE injury (Mitra, Advances in Experimental Medicine and Biology 2016). Beyond this, researchers have shown that continuous metabolic measurement of oxCCO provides unique information regarding brain health during neonatal stroke (Mitra, Advances in Experimental Medicine and Biology 2016) and neonatal seizures (Mitra, Frontiers in Paediatrics 2016). At its clinical introduction, CYRIL-supported quantification of CCO was used to estimate its semblance (a measure of similarity based on the phase relationship using the wavelet transformation of two signals) against mean arterial blood pressure. High semblance considered indicative of a passive response between CCO and blood pressure was highly prognostic of outcomes for neonatal HIE that occurred within three days post-birth. Details are available in Subhabrata Mitra et al (J. Cereb Blood Flow Metab. 2017).

This research was funded by The Wellcome Trust, grant 104580/Z/14/Z. For further information have a look at www.metabolight.org . 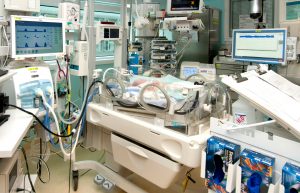 A news note on The Engineer