Three outstanding researchers were chosen as finalists for the Inaugural SfNIRS Early Investigator Award. Each presented a first-author abstract at the Paris meeting. After much deliberation by the selection committee based on CVs, letters of support, and the conference talk, among other things, Dr. Robert Cooper was named our 2016 Outstanding Early Investigator.

Here we include background summaries for all three of these very impressive  investigators: 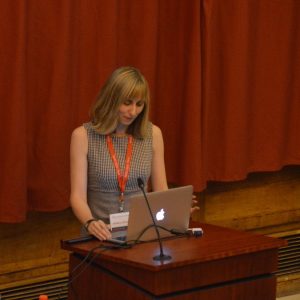 Dr. Sarah Lloyd-Fox received her Ph.D. in Developmental Cognitive Neuroscience from Birkbeck College, University of London in 2011. She has continued working at University of London as a postdoctoral research fellow since then. In her dissertation work, Sarah pioneered the use of fNIRS in research on infant social development. Since then, she has applied fNIRS to a range of developmental topics, including early functional brain biomarkers of risk in infant siblings of children with Autism Spectrum Disorders, brain plasticity, and cultural differences in early social brain functional development. She is part of an international project applying fNIRS to interrogate brain function in infants and toddlers in developing regions of the world who are exposed to early adversity. Her work impacts multiple fields of study including developmental neuroscience, psychiatry, developmental psychology, and public policy. Sarah has twenty-eight peer reviewed publications and three book chapters. She is supported by the Bill and Melinda Gates Foundation. 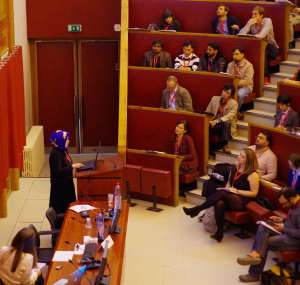 Dr. Meryem Yucel received her Ph.D. in Biomedical Engineering from Boğaziçi University (Instanbul, Turkey) in 2010. She then worked as a postdoctoral research fellow in the Martinos Center at Massachusetts General Hospital until 2015, and now is an Assistant Professor of Biomedical Engineering there. Meryem’s dissertation work presented models of neurovascular coupling in the context of fMRI/fNIRS brain activation studies, and she made the discovery that the post-stimulus blood flow undershoot during brain activation is due to a washout of CO2 (hypocapnia). As a postdoctoral fellow, she showed this experimentally. She has been instrumental in developing collaboration utilizing fNIRS for a number of applications, including pain management, seizure control, analgesic monitoring in the OR, and cognitive testing to identify mild cognitive impairment, the precursor to Alzheimer’s Disease. Meryem has seventeen peer reviewed publications and eight additional medical publications. She is supported by the National Institutes of Health. 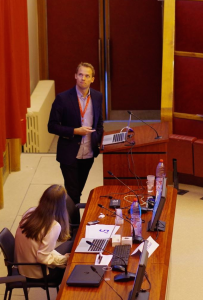 Dr. Robert Cooper received his Ph.D. in Medical Physics in 2011 from the University College London. He worked a postdoctoral research fellow in the Martinos Center at Massachusetts General Hospital for almost two years. He returned to the University College London in 2012, where he is currently a research fellow in the Department of Medical Physics and Biomedical Engineering. Rob’s dissertation work used fNIRS to observe previously unrecognized, pathological oscillations in blood volume in the brains of infants diagnosed with seizures. At MGH, he worked on a variety of fNIRS relevant application projects. Since returning to UCL, Rob has helped created a joint UCL-Cambridge neonatal neuroimaging laboratory (neoLAB). In recent work, he has imaged seizing infants using DOT, confirming his dissertation discovery of an abnormal hemodynamic signature associated with hypoxic brain injury and mapping their spatial variability over the cortical surface. Rob has twenty two peer reviewed publications and three book chapters. He is supported by research fellowships from the Wellcome Trust and EPRSC.

The candidate must be nominated (self nomination is not allowed) and the nominator must be a member of the Society for fNIRS . A full nomination package must contain:

Nominations with an incomplete package will not be considered.

Nominations must be sent to Clare Elwell at c.elwell@ucl.ac.uk by 1st July 2016.