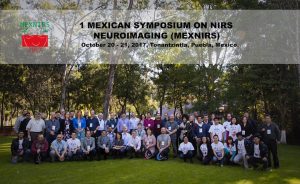 By Kaja Jasinska and Felipe Orihuela-Espina 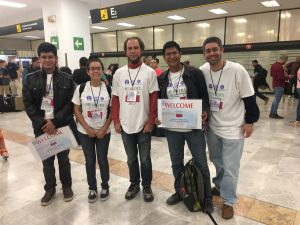 The meeting, hosted by Prof. Maria Angela Franceschini and  Felipe Orihuela-Espina, focused on the impact of NIRS on clinical applications and global health, as well as neuroscientific research. Scientists conducting NIRS research in Gambia, Uganda, India, Guinea Bissau, Côte d’Ivoire, Bangladesh and Colombia presented their work, highlighting both the challenges in using neuroimaging modalities in remote, underserved and rural settings, as well as the impact on global child development that field neuroimaging can make. 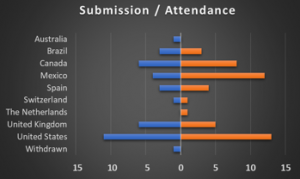 In all, 36 abstracts from 8 countries and 19 groups were received. 20 (57%) of these
abstracts were accepted for oral presentations and the rest for posters. Six student travel awards were given thanks to our sponsors. MEXNIRS counted with keynote talks from Profs. Elwell and Boas, and with invited talks from Arjun Yodh, Turgut Durduran, Kaja Jasinska, Ilias Tachtsidis, Rickson Mesquita, Jafet Arrieta, Frederic Lesage, Joseph P. Culver and John Spencer. The PC committee was formed by local chairs Carlos G. Treviño Palacios and Javier Herrera Vega as well as Sarah Lloyd-Fox, Banu Onaral, Katherine Perdue, Mamadou Diop, Luca Pollonini, Martin Wolf and Theodore Huppert. There was an emotional moment remembering the victims of the earthquake, which had preceded  the event by a few days. MEXNIRS was supported by funding from the Mexican Research Council CONACYT, as well as gold (Dip. Fed. Ana Leticia Carrera Hernández), silver (Red de Física Médica, NIRx, Rogue Research, ISS, Gowerlabs, DxT and the Instituto Nacional de Neurología y Neurocirugía) and bronze (Artinis and Red de Inteligencia Computacional) sponsorships. The full abstract book can be downloaded from the event website. 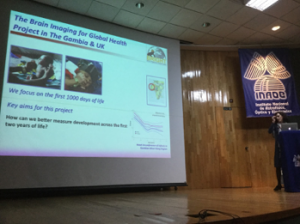 Talks addressed numerous challenges in the NIRS field: mechanical and instrumental challenges as well as those related to the deployment of NIRS in low-resource settings, and basic science, data analysis, and neurophysiological challenges. Focusing on global NIRS, researchers at MEXNIRS shared perspectives on socioeconomic and cultural challenges associated with neuroimaging outside the laboratory as well as the educational challenge of training local health workers and scientists and communicating research findings to participating communities.

The topic-focused “off-year” meeting in Mexico was a success, highlighting that there is room and need for these additional meetings. Would anyone be willing to pick up the gauntlet for a next meeting in 2019? 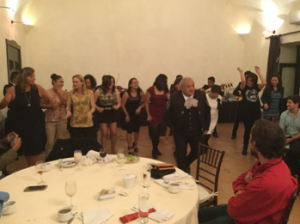